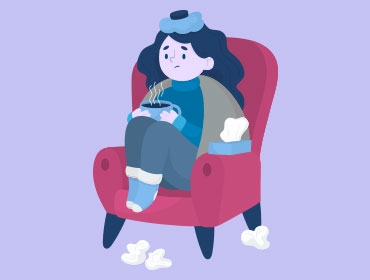 The coronavirus outbreak might cost the global economy $1-2 trillion in 2020, according to the UN Conference on Trade and Development. Its potential impact on the world economy is not yet known, but several sectors are already suffering from the pain, Here we talk about the main sectors that are most impacted by the outbreak.

"From an economic perspective, the key issue is not just the number of cases of COVID-19, but the level of disruption to economies from containment measures," Ben May, head of global macro research at Oxford Economics, said in a report this week. Day by day the number of deaths is increasing and social distancing effects on the economy.

Fears of the coronavirus impact on the global economy have rocked markets worldwide, stock prices and bond yields are plunging. Supply shortages are expected to affect several sectors due to panic buying, increased usage of goods to fight the pandemic, and disruption to factories and logistics in the whole world. There have been widespread reports of supply shortages of pharmaceuticals, with many areas seeing panic buying and consequent shortages of food and other essential grocery items. People are suffering from essential needs. In some parts of world people are fighting for essentials,

Some economists suggest that China's economy may contract for the first time since the 1970s. Caixin's purchasing manager's index for the services sector of China's economy fell to 26.5 in February 2020, the lowest figure recorded since the survey's advent in 2005, and car sales dropped 86% in China in February. As the coronavirus spreads around the world, the stock markets have experienced a loss which is always high since 1987.

Economic turmoil associated with the coronavirus pandemic has wide-ranging and severe impacts upon financial markets, including stock, bond, and commodity (including crude oil and gold) markets. Major events included the Russia–Saudi Arabia oil price war that resulted in a collapse of crude oil prices and a stock market crash in March 2020

The pandemic has impacted the film industry. Across the world and to varying degrees, cinemas have been closed, festivals have been canceled or postponed, and film releases have been moved to future dates. As cinemas closed, the global box office dropped by billions of dollars, while streaming became more popular and the stock of Netflix rose is too high, the stock of film exhibitors dropped dramatically. Almost all blockbusters to be released after the March opening weekend were postponed or canceled around the world, with film productions also halted. Massive losses in the industry have been predicted. Even theatre owners are suffering from a big loss.

The coronavirus pandemic has impacted the retail sector. Retail stores across the world have seen product demand exceeding supply for many consumables, resulting in empty retail shelves. People are looking for the essentials but due to lack of stock people are not able to buy things. Even many countries are lockdown that's why so many retailers suffering from loss. Owners are not allowed to open their shops other than medical stores and grocery stores. Shopping centers around the world responded by reducing hours or closing down temporarily in response. All the malls and stores are closed due to pandemic which indirectly affects the economy.

The coronavirus pandemic has impacted the restaurant business. At the beginning of March 2020, some major cities in the US announced that bars and restaurants would be closed to sit-down dinners and limited to takeout orders and delivery. Some employees were fired, and more employees lacked sick leave in the sector compared to similar sectors. And now due to lockdown almost in every country, these facilities are also closed. Restaurants are closed and people are staying at home and cooking for themselves. And this affects all the people who are connected with the food business.

The coronavirus pandemic is a health and economic crisis, and that's placing immense strain on the world's financial system. While major banks were heavily fortified after the crisis in 2008, markets from junk bonds to some types of mortgages have shown signs of buckling as investors flee anything with a hint of risk.

On the price scenario, a slowdown in demand and production activities, a sharp fall in the global price of crude oil, and price decreases in other major commodities such as energy, base metals, and fertilizers among others are expected to exert downward pressure on inflation.